Add to wishlist
SKU: DU-70003 Category: Bong Adapters
Down Under

This 14mm female to 19mm female adapter is an essential piece to convert you 19mm male stem/Bong or Dab Rig joint to a 14mm female joint which allows you the use of the 14mm male cone piece (CP), Universal brass cone piece, 14mm male bangers and 14mm male nails. 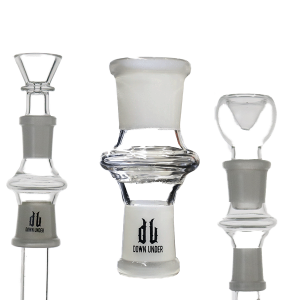 Don’t forget to get cleaning products, lighters, grinder and other smoking accessories!

Get Billy Mate Mouthpiece Kit to filter your tar and toxins and prevent Rez Lips without affecting the airflow or the good stuff! This includes the silicone mouthpiece that fits in on all bongs, four activated carbon Got-Yaa filter and a lanyard that you can hang to your neck or around your wrist so you won’t lose it! ?

There are no reviews yet.

A monthly box of premium token gear gets delivered straight to your door. 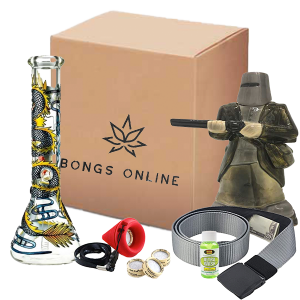 Bongs Online neither condones nor condemns the use of any drug. There is no such thing as SAFE drug use!

Please verify you are 18 years or older to enter.

WARNING ADULT CONTENT!
This website is intended for adults only and may contain content of an adult nature or age restricted, explicit material, which some viewers may find offensive. By entering you confirm that you are 18+ years and are not offended by viewing such material. If you are under the age of 18, if such material offends you or it is illegal to view in your location please exit now.